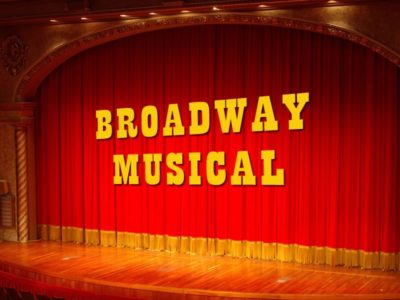 Coming to the Boca Christian Performing Arts Venue in April 2022…

We are excited to start promoting our Broadway show! This is your THIRD hint to help narrow down and figure out our next BIG production!*

This hint will combine the first two hints, and hopefully give you much better clarity as to the 5 titles that will remain for you to choose from.

Possibility #1- April 15, 2019: on this day in history, a fire burned most of this historic church to the ground. This church’s name is part of the title of the show I hope you’ve by now figured out. Alan Menken wrote the music to this unforgettable story. Disney took Victor Hugo’s epic novel and created the cartoon feature that eventually led to Broadway.

Possibility #2- “You can’t cheat the heart” is a shortened quote by a real character in history named Maria Augusta Trapp. A very popular musical was written about part of her life. It was revived on Broadway in 1998, and Rodgers and Hammerstein’s original musical score was polished by Bruce Coughlin. If you know the show well, you probably can hear some differences from the current Broadway show and the famous movie.

Possibility #3- Hans Christian Andersen wrote this tale about a poor girl who fell in love with a man she could never have, or so we all thought!  Andersen’s version is much more tragic than Disney’s adaptation, which started as an unforgettable animated cartoon feature. Disney then took it to Broadway. Alan Menken wrote the music for both the original movie and the Broadway show.

Possibility #4- The train ride to Minneapolis is not the most important scene in the story, but I thought it would help search shows that were set in America, and if you used the names from the first clue it may have led you to a very famous love story produced by Rodgers and Hammerstein. It originally premiered on Broadway in 1946, and it has seen multiple adaptations to bring it to the present day.

*Running Disclaimer: These hints are truly only for those in our BRCS family dedicated to theatre and are passionate about the stage, i.e. theatre nerds. 😉

The students in Troupe 7354 were already told that next year’s show will have a much more recognizable title (than “Wind In The Willows”), but maybe it would be helpful if you had a name (or four). Here are a few names to get you started. They all have something in common, but their musical roles (as writers and/or composers) don’t all share the same shows. Good luck guessing!

Be a part of the exciting work God is doing!